Last night I had the great honour of seeing Calendar Girls the musical with my best friend at the Bournemouth Pavilion Theatre courtesy of tickets from BH Live, the South Coast’s leading operator of leisure and event venues.

Taken from the 2003 film ‘Calendar Girls’, Calendar Girls The Musical leads with the same plot that is inspired by the true story of a group of ladies, who decide to appear nude for a Women’s Institute calendar in order to raise funds to buy a settee for their local hospital, in memory of Annie’s husband John, and have to date raised almost £5million for Bloodwise. Especially poignant to this day is that Bloodwise, the UK’s specialist blood cancer charity, will continue to receive monies from this production.

This musical comedy shows life in their Yorkshire village, how it happened, the effect on husbands, sons and daughters, and how a group of ordinary ladies from the WI achieved something truly extraordinary together that will make you ever more cherish all the women in your life.

Calendar Girls The Musical is notorious for a stellar cast of inspiring, incredible women and our performance starred Sarah Jane Buckley (Blood Brothers and Kathy Barnes in Hollyoaks) as Annie, Sue Devaney (Jane in Dinnerladies, Liz Harker in Casualty, Debbie Webster in Coronation Street and Rosie in the musical Mamma Mia!) as Cora, Julia Hills (Doctor Kemp in Broadchurch, Annabelle Shrivener in The Archers) as Ruth, Judy Holt (Cold Feet, Scott & Bailey) as Marie and Lisa Maxwell (panellist on Loose Women, Tracey Donovan in Hollyoaks, Samantha Nixon in The Bill and various roles in The Les Dennis Laughter Show and The Russ Abbot Show) as Celia.

The musical Calendar Girls includes songs written by Take That star Gary Barlow and award-winning writer Tim Firth. Both Barlow and Firth grew up in the same village in the North of England and have been friends for 25 years.

With Take That, Gary has written and co-written 14 number one singles, has sold over 50 million records worldwide and is a six times Ivor Novello Award winner. Tim has won the Olivier Award and UK Theatre Award for Best New Musical, and the British Comedy Awards Best Comedy Film for Calendar Girls.

The key to the success of Calendar Girls to me is that it is so thoroughly timeless and universal. In terms of the plot, there isn’t really a lot to understand, as it is about a story so famous that much of the story is about Annie and John’s life together interwoven with those around Annie and they challenge both of them to face head-on.

And thus, built on the above, Calendar Gils the Musical is a beautiful narrative of friendship, love, and grief that truly is timeless. But with that being said, though the theme of feminism and empowerment is aptly strong, this is truly a musical that everyone should watch, and far from being a ‘girls night only’ number.

During the performance last night I was thrilled to see the audience was packed with men and women of all ages last night. From young women and men, to older men and to older women. The latter of who most probably understand only too well about the highs and lows of the famous WI!

Whilst the storyline of Calendars Girl is sensitive and heartrending, touching on the situations that affect so many people, it has the incredible ability to offset those tough moments with heartwarming comedy. It truly takes an adroit script and tender score to have an audience belly-laughing one minute, and holding back tears the next. Such is the nature of Calendar Girls that has ascended into the musical hall of fame with an eminence that will only grow and works so wonderfully as a vehicle for so many new fabulous ladies who take on the famous roles.

And it is the cast of Calendar Girls that has made it so popular, that is renowned for their rotating season of illustrious women, and last night, it was truly such an honour to watch this prodigious cast in action.

These beautiful leading ladies had a chemistry together that was undeniable. Both in the tender scenes that tugged on your heartstrings to the hilarious ‘calendar shoot’ scene created so tastefully that was extremely empowering for women of all shapes and sizes. The cheers and applause from the audience clearly proudly, and in awe, acknowledged the bravery and beauty of those women up on stage, further inviting us into their community.

Bringing it all together is Gary Barlow’s musical triumphant score that is a constant reminder of just how much of a musical genius Barlow is. It is quite something to move from chart-friendly music to capturing all the million aspects of painting music and words needed for the theatre to leave an impression in the heart and minds of everyone who watches and listens.

So much of the success of both the marriage of music and words created by Firth and Barlow is how skillfully they create a great sense of place. This, of course, being beautiful Yorkshire, a place also well known for the community. This can particularly be heard in “Scarborough” performed by Annie that is a beautiful expression of grief and the normality of everyday life. But the whole score has many other standout numbers full of joy and tenderness such as “Dare”, “Yorkshire” and “Sunflower of Yorkshire” that were among some of my personal favourites.

At first I had imagined the set would be changed from the initial wooden gate and rolling hills backdrop, but actually it was the simplicity of the set that made it so beautiful and allowed the cast to truly shine. Created by Robert Jones, it truly captures the rolling Yorkshire hills, again a profound expression of place, as the centre point.

The set is built and dramatised with the lighting, designed and created by Oliver Fenwick who applied subtle and acute variations throughout the performance that truly painted the emotions and actions in each scene with such a striking effect that shows when you have an incredibly talented cast, emotive music and a delicious score, you don’t need any extra fuss or distractions.

Just like the beautiful Yorkshire Dales, Calendar Girls is a poignant reminder that life is a series of hills and valleys, a combination of happy moments, normal daily life, and challenging or sometimes tragic events that can arise.

In life, these men and women illustrate that we all experience periods of feeling a little broken and unable to get back up. And it’s in those moments when we think all hope is gone that suddenly the strength and kindness of your community or people are always there to sweep you off your feet, and tell you everything is going to be okay. When everyone else leaves the room, these people are the ones still cheering us on and giving us that little piece of hope to carry on to fight another day.

It is just this sense of community and kindness that makes Calendar Girls so unforgettable, and even more special knowing it is based on a true story. It truly makes its mark on musicals, but also your heart and mind, with the positive, optimistic and life-affirming message it illustrates that you’ll treasure beyond the evening performance.

And then throw in the beautiful poetic lessons from sunflowers, some cakes (M&S, no less!), plum jam and knitting, a stellar cast, and these are just some of the secret ingredients you’ve got that has created a musical that’s sure to brighten anyone’s day.

A huge thank you to BH Live for the tickets to this most heartwarming, empowering and most memorable performance of Calendar Girls. How many of you have also seen Calendar Girls? Either the film or the musical? If so, did you enjoy it as much as me?

If you’d like to see Calendar Girls the musical in Bournemouth, at the Bournemouth Pavilion, the show is on until Saturday 21st September 2019. To get your tickets with absolute ease you can head to BH Live online or order them by calling 0300 500 0595. 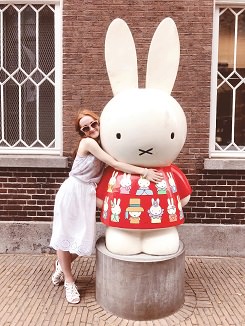 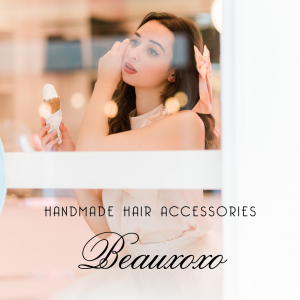 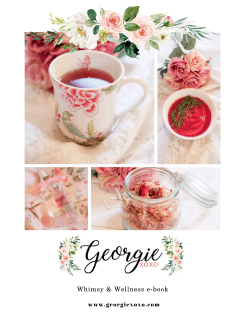 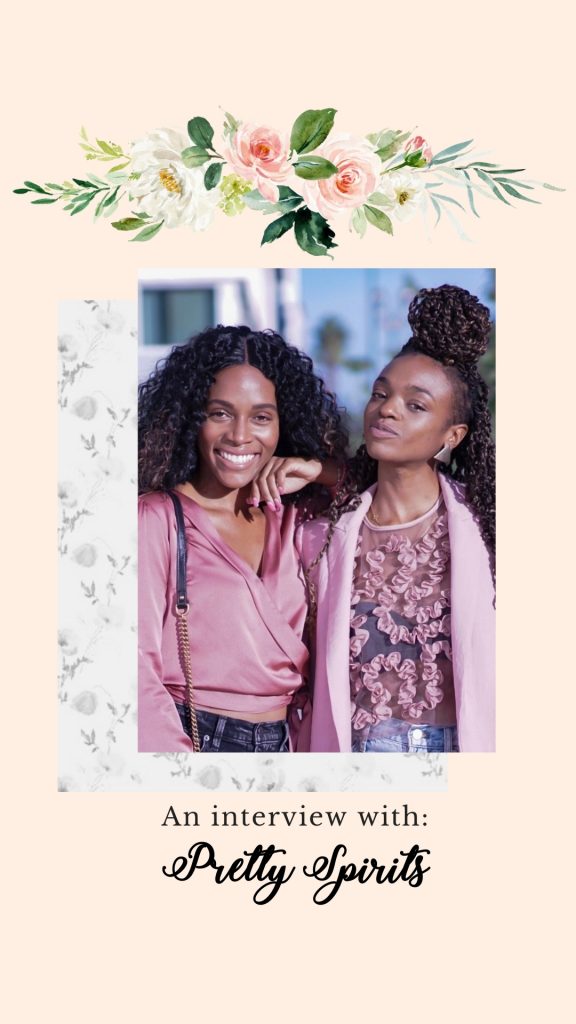 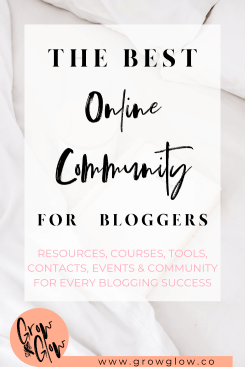 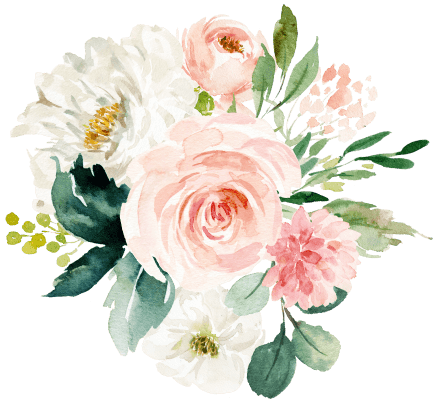